The BRC evaluates both manufacturers and retailers in the food industry, based on food safety, quality control, site standards and other categories. BRC recently implemented version 6 to its standards, which is much stricter and more comprehensive than the previous version Cozy Harbor is the only U.S. lobster processor to receive the Grade A certification.

The company will debut the product at the International Boston Seafood Show at the Boston Convention and Exhibition Center from March 10 to 12.

“The lobster market in the U.S. has exploded over the last year, with lobster roll trucks and lobster shacks popping up not just in Maine, but throughout the country, as far west as California,” said John Norton, president. “Lobster is an affordable luxury for consumers any time of year. Our new Frozen Lobster Grill Cuts take the mess out of preparation, and allow foodservice operators and retailers to enter the untapped market for convenient lobster. Offered in both retail and food service packs, CHS’s new Frozen Lobster Grill Cuts translate to a huge expansion of markets in both industries.

Back to News and Events

Coming Up Next With Cozy Harbor 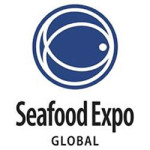 to freshness, quality and sustainability

clearly makes us the best choice for you and your family.